York is crossing the divide

Speaking within a city's LGBTQ+ community

If we don’t work together as advocates, we’re hypocrites.”
James Sawor

“…be willing to listen, not just talk and be heard”
Reverend Sabrina Bowman
By Tesla Taliaferro 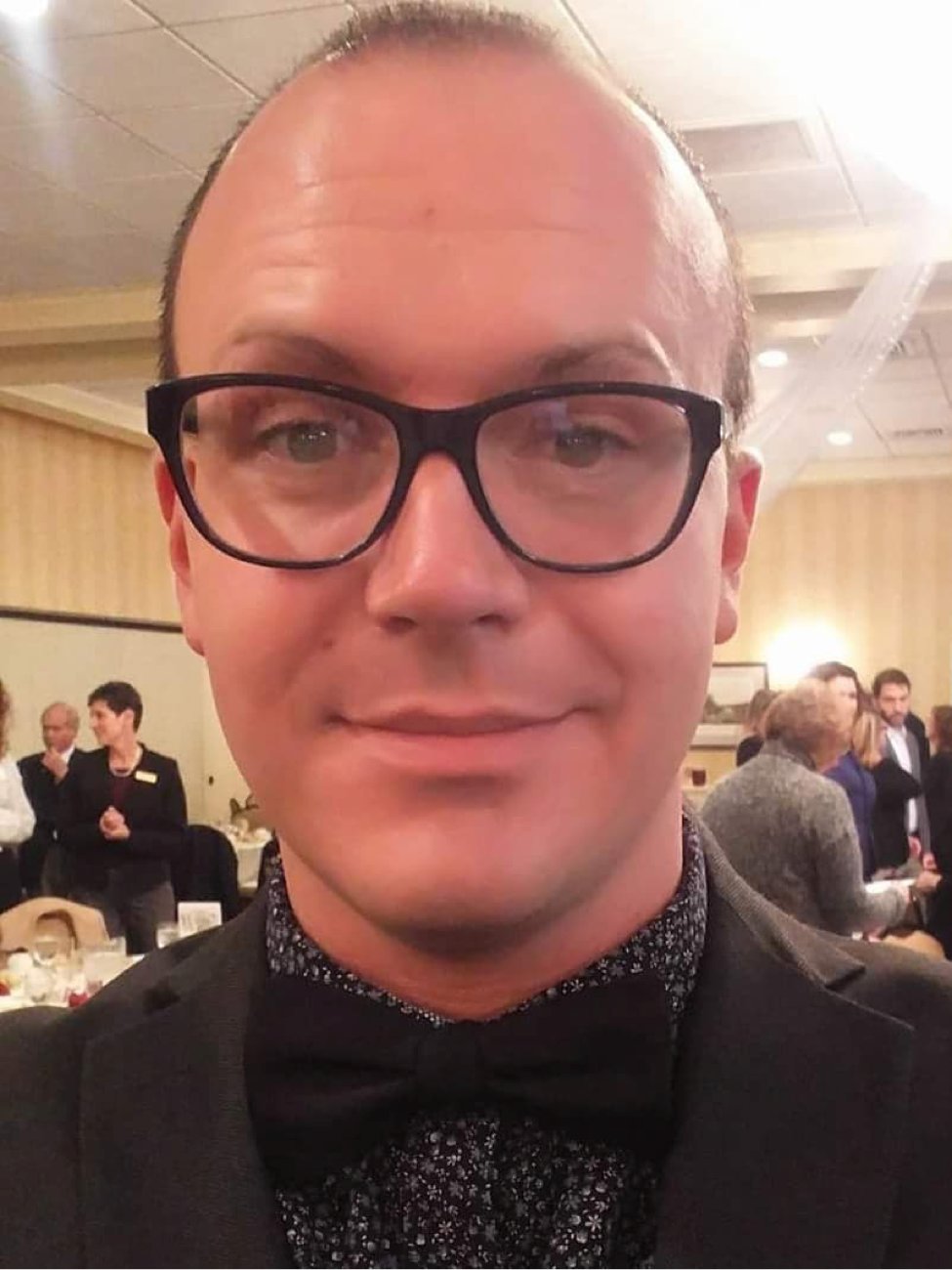 Much like the rest of America, York County has seen its share of ineffective communication when it comes to speaking to one another. 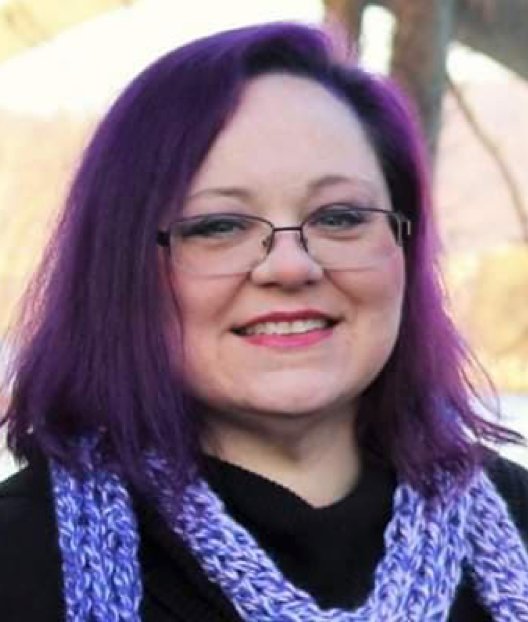 In the age of social media and picking sides, it seems all too easy to boil discussions down into black and white arguments. And while one narrative may rise above another, it is often the people sharing their perspectives that get trampled down when joining in discussions, either online or face-to-face. There are, however, many who try to rise above the fray. Instead they build bridges within the community and across the potential divide.

When it comes to communicating with people who do not share the same views, James Sawor, Chief of Staff for Pennsylvania House Rep. Carol Hill-Evans (95th District), approaches it “in the same way I would a relationship disagreement.” He is openly-gay and open minded. He’s also a political science major with biology and religion minors which help him in a well-rounded way to see many sides of issues.

“I give the other person time to speak,” Sawor said. “And I acknowledge what is said. I may retort with what I feel, but if I do not believe that my perspective will change your view, I am not going to turn our discussion into an argument.”

Sawor admits that he enjoys engaging in political conversations, even online. “Banter is fine,” he asserts, “I find it fun.” However, he acknowledges that is not the case for everyone. “If you don’t want my opinion, I won’t give it. Our discussions may change my mind, or they may make me more liberal.” In bringing up politics though, Sawor points out that no person is a “one issue voter.” By that he means “just because you have one aspect of your identity, like being gay or aligning with a specific political party, it doesn’t define the whole of who you are.”

He feels it’s important to recognize that in being LGBTQ+, “we are as diverse as any other identity would have” and that “for many, fighting for equality and equity is a major part of that identity.” Though, he admits that “we are not all going to agree on how to best be accepted by society.” He also acknowledges that not everyone identifies with Identity Politics.

Working in government, Sawor sees a lot of the “us versus them” mentality. He also sees it happening in the LGBTQ+ community, which is something he really does not understand. “If we don’t work together as advocates, we’re hypocrites,” he states. “Especially right now in relation to transgender issues. We are allied together, and we need to stand together.” He believes that the community would be better served by “pulling more people under the banner.” He likens it to the Philadelphia Pride Flag, which includes the brown and black stripe for diversity and inclusivity. “We should fight intolerance,” Sawor says, “not each other.”

When it comes to explaining his perspective without alienating others, Sawor offers a few methods.

First, “provide facts, and let the facts speak for themselves.” He also suggests asking the other person “where their opinion and perspective comes from.” Sawor recommends against having a perspective “solely based on opinions. You have to know how to back it with legitimate facts. Not opinionated facts like those presented on Fox & Friends or the Rachel Maddow Show.” Sawor looks at it this way: “if you cannot balance the pros and cons to your argument, your work is not done and you are not ready to hold your own in a conversation.” Still, he recommends not getting drawn into an argument, but just offering perspective.

For Reverend Sabrina Bowman, an LGBTQ+ community ally and president of Keystone Pagan Alliance, running into people with contrasting views is a common occurrence. “I treat everyone with the same respect when trying to communicate,” Bowman explains. She recognizes that “I am not here to convince or convert them to my way of thinking. You have to be able to listen, not just to reply, but to understand so you can have an actual conversation.  If you truly would like to build a bridge and mend a soul, you have to be willing to listen, not just talk and be heard.”

She finds that people get so caught up in trying to win their side of a discussion that “they completely miss and alienate the person they wanted ‘on their side.’ It solves nothing.” Instead, Bowman approaches discussions with an open mind and “will gently correct misconceptions, as that can be a big part of the overall picture of misunderstanding. If the other person is open to learning, I will also share my beliefs and, often times, how they correlate with their own. Finding similarities that you can agree upon will go a long way in communication overall.”

One part to Bowman’s understanding comes from the recognition “that not everyone is in the same place, so their reactions and thoughts are based on who they are, how they were raised, and what they want from their own lives.” She takes herself out of the equation of other’s opinions because “their thoughts, their actions, their beliefs… it all speaks to everything about them and nothing about me.”

Sawor agrees with Bowman’s point. His experience in politics and life have taught him to “understand the individuality and diversity of opinions.” He too recognizes that “just because you do not live it, or have that understanding, doesn’t make it wrong.”

When it comes to discussing difficult topics and trying to speak across divides, Bowman offers the following advice: “If you want others to be open to hearing you, really hearing you… you have to be willing to hear them. If you truly want to communicate across the divides, you need to do just that and not have a goal to convert or change their minds.” She remembers that “every person you come in contact has value. Keep that in mind and don’t dismiss them just because they don’t think as you do.”

Sawor echoes that advice as well. He recommends that people learn to “actively listen, and to acknowledge others. Do not think about your retort while the other person is talking.” Instead, he advises that people “take time to contemplate what to say in response, allowing the conversation to slow down and the anger to stop.” He also notes that “the first thought that enters your mind in response is usually the wrong thing to say.”

Furthermore, Sawor advises against generalizations. “Be aware of who you are talking to. Do not alienate potential allies by grouping them with everyone.” He also insists upon self-care, especially when engaging in difficult conversations. “Surround yourself with things that bring you joy, and stay away from toxic topics. The happier you are, the more open minded you are.” That, however, does not correlate to hiding yourself from differing opinions. “It’s good to seek out other perspectives and opinions,” Sawor suggests. “Just don’t do it constantly.”

Bowman reminds readers to “Bring the similarities to their attention that helps them better understand and be willing to help build a bridge. Everyone wants to be loved and have someone to love. It is part of what makes us all human.”