In honor of the 50th anniversary of Stonewall, the LGBT Center of Central PA will host FAB 2019 Sept. 21, at the Hershey Lodge. The event will focus on Celebrating a Legacy of Resistance and Resilience.

The annual event is “an inspiring evening to celebrate this milestone year in our LGBTQ+ movement, reflect on the groundbreaking work of Marsha P. Johnson, Sylvia Rivera, and other Stonewall activists who led the resistance, and honor those who are carrying on this vital work today,” according to a center email. 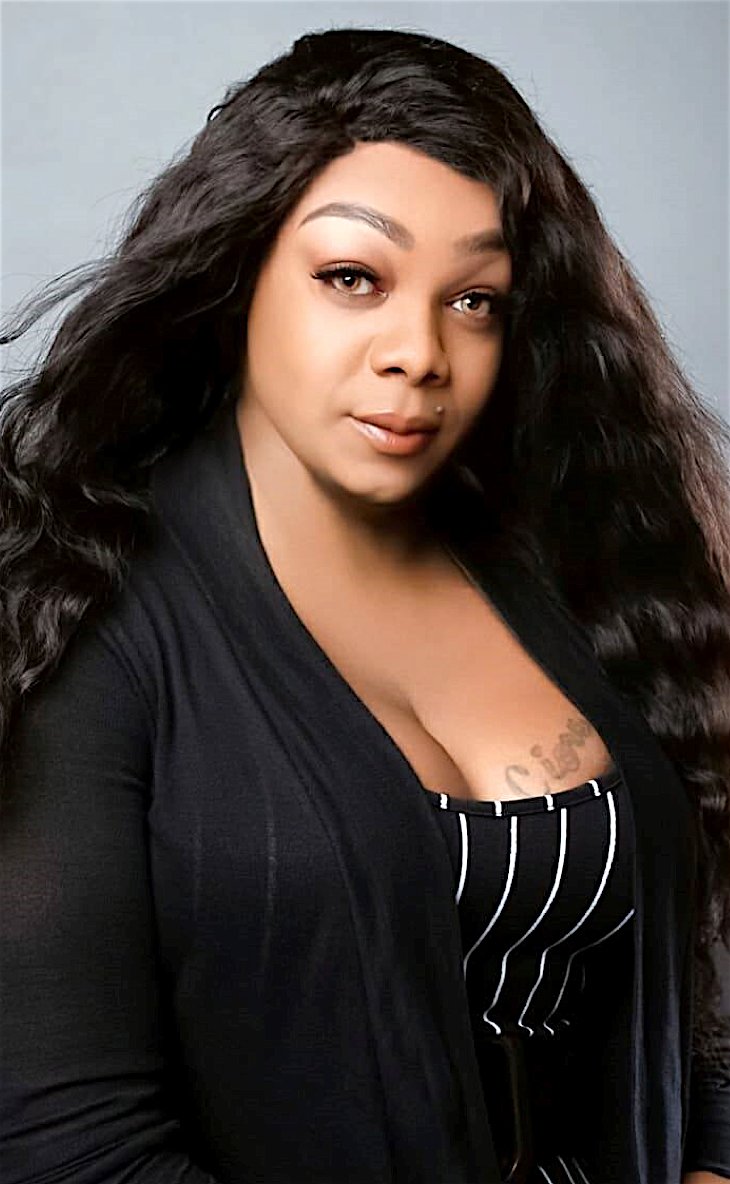 The Movement Leadership Award recognizes an individual, group, or organization whose work at the statewide or national level is advancing LGBTQ+ equity and inclusion within our movement, and provides a model for us to strive towards in our work in central Pennsylvania.

Ciora Thomas is a Pittsburgh native and founder and President of SisTers PGH, developed in 2013, advocating for transgender rights within the social and economic realms in order to continue the demarginalization and equality of the trans communities of Pittsburgh. SisTers PGH has since then opened a drop-in space for Trans and nonbinary people where they are able to obtain resources and temporary housing through the organization, with a plan to gain employment in order to transition into permanent affordable housing.

Ciora is one of only a few transwomen of color leaders in Pittsburgh, speaking truth to power about women's rights, systematic transphobia, racism, oppression, affordable housing, and everything encompassing trans inclusion with a black trans intersectional and unapologetic approach in order to bring the very lived experiences of trans people to the front lines as leaders. Knowing the struggles that inherit our nation at large, she strives to make a difference in forwarding the reassurance of equality everywhere while being a strong advocate and movement of action for the transgender population of Pittsburgh. In the struggles that many of the LGBTQIA+ communities face, she has lived through it and has gained great knowledge on how to lead and bring success in bettering the lives of those who struggle to survive in communities not built for their independence or growth.

We are incredibly grateful for Ciora's powerful and unapologetic leadership in the face of all of the intersecting systems of oppression, and how she consistently advocates for resources, opportunities, and recognition for transgender communities of color. We look forward to continuing to support and learn from her work, and are thrilled to honor her with our FAB 2019 Movement Leadership Award! 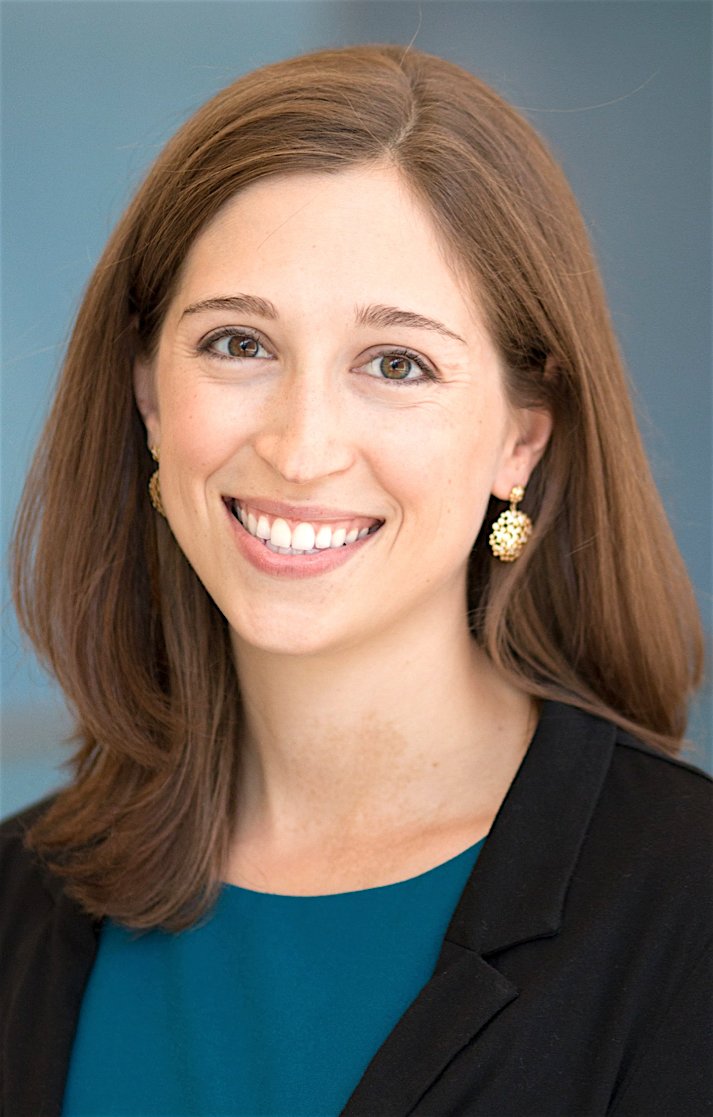 The Local Spotlight Award recognizes an individual, group, or organization whose work is significantly contributing to building connected, engaged, and resilient LGBTQ+ communities in the region.

Katharine B. Dalke, MD, is a psychiatrist at the Pennsylvania Psychiatric Institute, and Assistant Professor of Psychiatry and Director for Culturally Responsive Health Care Education at the Penn State College of Medicine. Her clinical practice focuses on the psychiatric care and support of LGBTQ+ and intersex adolescents and adults, and she is helping to establish an integrated clinic for transgender youth at Hershey Children's. Dr. Dalke is also responsible for developing curricula to train medical learners to provide culturally competent care for patients from diverse backgrounds.

After growing up in Pittsburgh, Dr. Dalke graduated from Haverford College, and then the University of Pennsylvania School of Medicine, where she also earned a Masters in Bioethics. She trained in Psychiatry at the Hospital of the University of Pennsylvania, with clinical training in transgender health at the Children's Hospital of Philadelphia. She held a faculty appointment and served as the Director for Sex and Gender Curriculum at Penn before joining the faculty at Penn State.

A longtime advocate for people with intersex traits, she has taught locally and nationally on intersex physical and mental health, and has published articles on medical care for people with intersex traits. Dr. Dalke is a proud member of the Pennsylvania Commission on LGBTQ Affairs and the Transgender Health Working Group at the Department of Health. She lives in Camp Hill with her spouse and children.

We are incredibly grateful for Dr. Dalke's commitment to providing excellent mental health care to transgender and non-binary people, and all of the ways that she goes above and beyond - personally and professionally - to make that a reality here in our region. We look forward to continuing to work closely with her.

Volunteer of the Year Award recognizes an individual, group, or organization who has dedicated a significant amount of their personal time and energy as a volunteer to further the work of the LGBT Center of Central PA.

This year, we are presenting a joint Volunteer of the Year Award to two outstanding individuals who do a lot of their volunteer work together - Ely Taylor and Kay Lafaille. 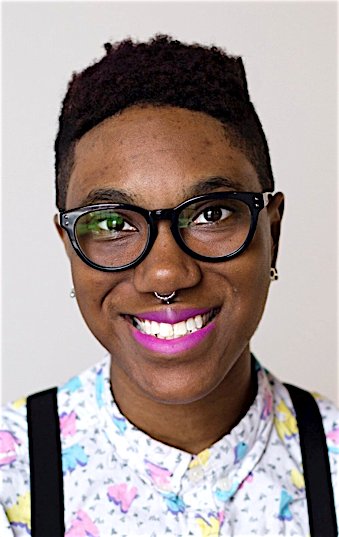 Ely Taylor is a black agender femme artist from Harrisburg. They believe in education through visibility and in utilizing their privilege as an openly transgender person to raise awareness on trans issues.

Ely is passionate about community building and mental health. They are a Transgender Training Institute Certified trainer and since 2018, have served as a facilitator leading the trans and non-binary support group, Passageways, at the LGBT Center.

Driven by the belief that art can create positive and long-lasting change, Ely is a volunteer Co-Director of the LGBT Center of Central PA's ARTS of PA program. Their photo series "Transcending Visibility" has been displayed at the Center for the past two years, they've lead queer zine-making workshops, and also performed regularly at local drag shows as a way to bring joy and celebration to our community. 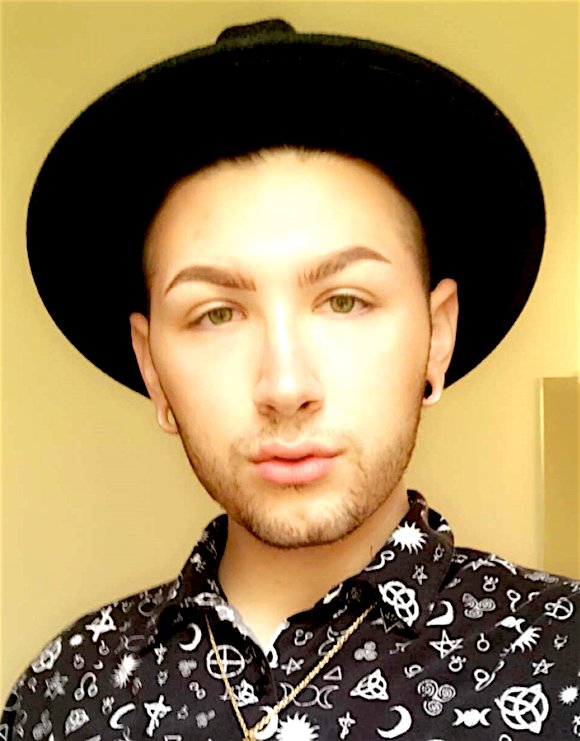 Kay Lafaille is a queer and trans/non-binary drag performer who uses the stage name "Luna Rubbish". They were born and raised in York, PA, and recently moved to Harrisburg, PA to focus on advocacy work. Kay is a facilitator of the Passageways trans and non-binary support group at the LGBT Center of Central PA. They are also a volunteer Co-Founder and Co-Director of the LGBT Center's ARTS of PA program in collaboration with their colleagues, Dre Ceja and Ely Taylor.

Kay is inspired by other non-binary drag performers as well as other powerful trans folks in their community. They use their drag shows as a way to fundraise for ARTS of PA. All fundraising profits go towards resources for trans/non-binary folks who also reside in Pennsylvania.

The Rising Star Award recognizes an individual or group who has recently emerged as a leader, and has begun to make their mark within our local LGBTQ+ communities in the region through significant contributions in a short period of time.

The GLO (Project Silk) Youth Advisory Board (YAB) is comprised of young and dynamic queer men of color and trans women of color from the Harrisburg area ranging in age from 14 to 29. These youth and young adult leaders represent communities that battle not only significant stigma surrounding gender, sexuality, and the expression thereof, but also the social and economic stressors that too often characterize the lives of black and brown people.

Since the spring of this year, YAB members have been meeting monthly, giving thoughtful consideration to the ideal location, hours of operation, methods of engagement, and the types of programming that would best benefit their peers. They are pioneers in the City of Harrisburg, advising partner organizations on how best to serve their communities and proudly working to establish a safe, affirming space for queer LGBTQ+ youth of color. The current YAB includes Isaiah Morris, Yonna Hicks, and six other young people, and is growing every month.

The Legacy Award recognizes an individual who has demonstrated outstanding leadership and personal dedication over a significant period of time in furthering the work of LGBTQ+ communities in Central PA. 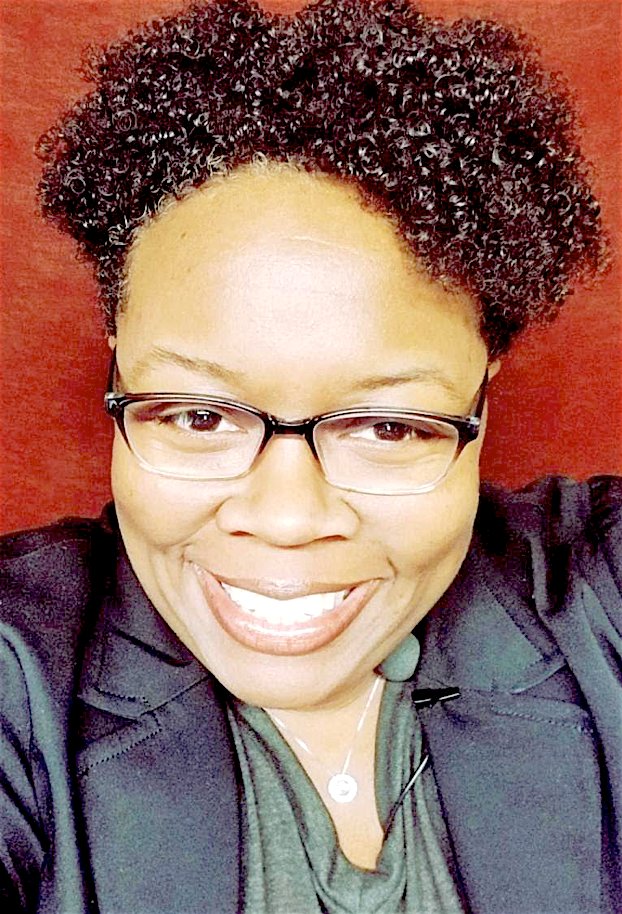 Shaashawn is the Founder of Voycetress Media, LLC which provides consulting services via public speaking, professional development, and voice over services. Voycetress Media, LLC puts your voice in the foreground by: (1) creating spaces welcoming to multiple identities instead of a primary hierarchic identity, and (2) promoting diversity, equity, and inclusion while advocating for the closing of disparity gaps. Voycetress Media, LLC is a LGBT Business Enterprise (LGBTBE) certified business by the National LGBT Chamber of Commerce.

Shaashawn completed six years of service on the Board of Directors for the LGBT Center of Central PA, where she served as Nominations and Development Chair, Vice President, President, and Immediate Past President. Shaashawn just completed a year of service as the Co-Vice Chair of Governor Wolf's Commission on LGBTQ Affairs, the first commission of its kind in the nation. Shaashawn served for two years as the Director of Equity and Affirmative Action & Staff Liaison to the Harrisburg Human Relations Commission (HHRC) for the City of Harrisburg. As of September 3, 2019, she will serve as the Director of Diversity, Equity, and Inclusion with Stephens College, an all womyn's college; her undergraduate alma mater.

Shaashawn is pursuing a PhD in Administration and Leadership Studies at Indiana University of Pennsylvania Dixon Center. Her additional formal education includes a Master's in Public Administration from Shippensburg University, B.A. in Philosophy, Law, and Rhetoric from Stephens College and Graduate Certificate in Academic Advising in Higher Education from Kansas State University.

Shaashawn is on a mission to connect people to people and people to information by taking private conversations public, practicing the art of getting comfortable being uncomfortable especially when defensiveness and awkwardness show up. Shaashawn creates brave environments for you to document your lived experiences and own your life narratives.  During her 20 years in Harrisburg she has strived to make every space she graces more diverse, equitable, and inclusive for all.