a brand new place in the multiverse

In his own words, Nicolas Duncan tells Central Voice readers why he loves comics.

"For me, comics have demonstrated a form of communication that marries the linear sequence of typography with the global perception of an internet-like matrix of simultaneous parts. I enjoy expressing the 'why' comic books are important for all people.

"Earth is a diverse place and so are comic books. Over 40 years now, as a collector, I have immersed myself in the comic book culture and attend conventions to learn new trends in the field. On the professional stand point, I have experiences in handling legal affairs and creative marketing planning, and many other necessary skills to run a comic book retail store.

"Recently, I have been writing comic book reviews for Comic Watch: The Age of Comic and Entertainment and writing two comic book titles of my own.

"Comic books spark the imagination through scientific curiosity and sociological achievement, promotes educational tidbits, tackle different types of discrimination and much more that appeals to the reader’s interests." 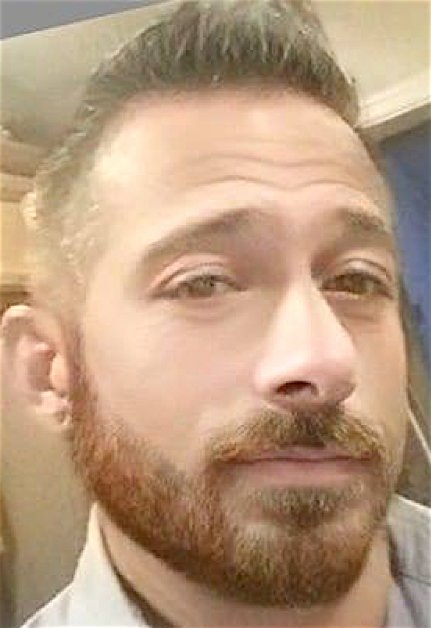 A connection to a character is often a reason for a reader to choose a comic book. As fans of superheroes, we can escape from everyday life and then eventually be inspired to deal with our own reality. Connections to superheroes, like Shatterstar, may guide the reader how to overcome negative social behaviors and learn how to be better by embracing the unfamiliar. As a fan of LGBTQ+, or “queer” as Generation Z embraces, I was ecstatic when Shatterstar’s solo miniseries was announced. Last issue was “OK”, but quite concerned with people dropping this title. However, the beginning of the second issue, Tim Seeley shows us that he understands what it takes to keep people “entertained” and “fully invested”.

Shatterstar #2 takes us to a brand new place in the multiverse. Horus IV is a world similar to Mojoword that is built on blood bath entertainment. The Grandmaster on this world knows that the people want much more than just action. They desire more meaning with higher stakes. It seems that Seeley is talking directly to us as the reader who may be questioning this storyline.

As the story begins, the Grandmaster strategically aligns his victims to move his two predominant chess pieces, Shatterstar and Gringrave. Last issue, we learned that Gringrave is an ex-lover from Shatterstar’s past on Mojoworld. The Grandmaster uses this knowledge to move this chess piece as the Death Sponsors seize Ben Gaveedra, aka Shatterstar’s tenants for the purpose to move his other major piece in this game of Horus IV. Check and the danger have only begun!

Whether Shatterstar wants to admit it or not, he needs help from his former teammate and ex-lover, Julio “Rictor” Richter. Used as an “anchor”, Rictor uses his powers with Shatterstar and catches up with the Death Sponsors. The duo dives from the rip in space produced by Shatterstar’s blades and battles hard, but are unable to stop save the tenants yet as they are forced into another portal. Though they make an amazing team, but Shatterstar has some emotional demons to attend to in his own way. He cannot risk the life of Rictor, the man he loves, as the mission takes Shatterstar to Horus IV to defend, fight, and bring his tenants back home. “Check” by the Grandmaster once again, as Shatterstar rip space by his swords and forces Rictor away from the danger.

Seeley did a good job with the interactions between Shatterstar and Rictor, but their relationship status is still undecided and challenging for both. Their conversations carries weight of an on and off again years-long romance. Unfortunately, much of Shatterstar’s feelings for Rictor are told through too much awkward narration. Like we see in other comic books, TV shows, and of course real life; Shatterstar is a character who pushes the one he loves away as things get too serious.

Seeley’s unique style of storytelling provided a great psychological stand point during the flashbacks to Shatterstar’s relationship with a woman on Mojoworld. As things got too steamy between Shatterstar and Gringrave, she immediate put on the breaks and pushed him away. This is a very basic and common defense mechanism. As the relationship develops, people often become inundated with their own fears and insecurities that they will not be accepted and therefore hurt by their loved one. So the cunning and self-deprecating thing to do is to hurt them before they hurt you. This is the lesson Shatterstar learned and therefor explains the on and off again relationship with Rictor. Shatterstar consistently throw roadblocks into the relations ship and may not even consciously realize it as he is caught up in a cycle of diminished self-esteem that crates the ego factor in their relationship.

Seeley provided some good tidbits for those who may be unfamiliar with Shatterstar and Rictor. Actually, there may have been too much narration in general for this issue. Referring to Rictor on page 9, I found “He believed he owed the X-Men for saving him all thos years ago”. I would assume that Seeley is referencing X-Factor Vol. 1 #17 and #18. However, I feel a little conflicted. Maybe, Seeley was referring to X-Factor #20 or maybe, Avengers: The Children’s Crusade. All that I can say, Seeley has prompted me to reread some of my favorite X-Factor stories!

Shatterstar #2 employs several more flashback sequences than the previous issue. Gerardo Sandoval’s reddish-brown tinted panels feel very ‘90s, which worked as it reminds us how Mojoworld used to be drawn. However, I have a huge problem with the artwork on Gringrave as she looks different in various panels. After reading Shatterstar #1, I expected her to be Asian-American. In the flashback panels in the beginning of this issue, she looks to be African-American. Then in present day, she looks more American with combat skills. It’s just confusing and a continuity issue that bothers me to no end. Aside from that, I really enjoyed the art during the fight scenes. I found it mesmerizing at times.

I often find comic books with meaning and an emotional core hit home the most. The storyline and art really does need to mean something. Shatterstar #2 embodies that message. I want to see more of the central relationship between Shatterstar and Rictor, however, the denouement suggests that chapter is closed, at least for now. Wherever this creative team takes us next, I hope to learn more about this space-splitting mutant and his complicated friendships.

Until the next issue, I leave you with a kiss.

Shatterstar #2 is enjoyable and we get some sweet action, fantastic flashbacks, and an explanation to the relationship status quo.

Shatterstar #2 is reprinted here with permission from Comic Watch: The Age of Comic and Entertainment. 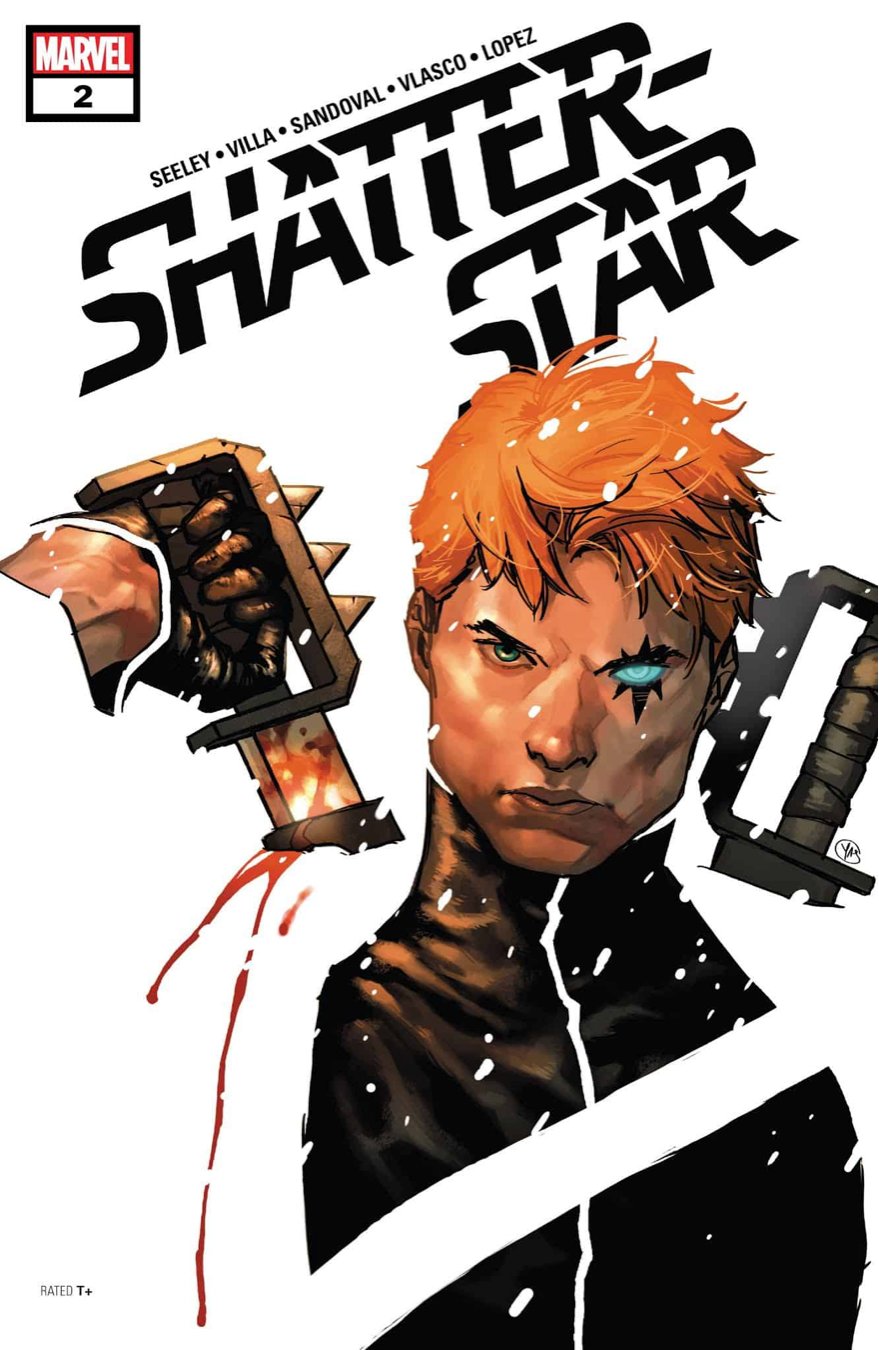