PA’s next generation of queer leaders

It’s estimated that 4.1% of Pennsylvania residents — that’s about 416,484 people — who identify as lesbian, gay, bisexual, or transgender (Williams Institute, 2019). The majority of them are under 40. They include many vibrant young leaders, working to make things better for their communities and our state.

We interviewed six of these next-generation LGBTQ+ residents who are contributing to the arts, education, technology, and media across the Commonwealth, leading the way with innovation and imagination. 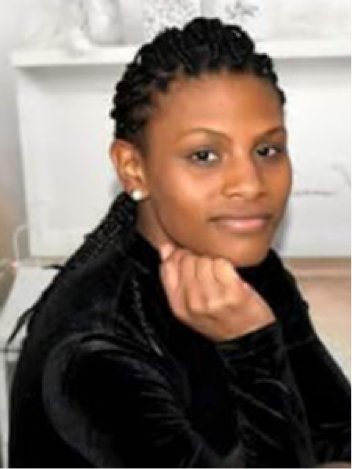 In October 2019, Altoona held it’s first ever pride parade. A native of Upper Darby and current senior at Penn State Altoona, Amarillys Aponte-Lee was instrumental in organizing the big event.

It was no easy feat. The group anticipated a small crowd, but were overwhelmed by interest from individuals, organizations, and businesses. Aponte-Lee describes the planning as “very stressful…but once we were on the float, it was an amazing feeling. We actually pulled this off, and people cared about it.”

Forty-four organizations marched for a quarter mile in downtown Altoona. There were over 300 marchers, and it’s estimated that at least 1,000 spectators cheered along the route with supportive signs and rainbow flags.

Aponte-Lee also had a hand in the creation of the Pride Alliance, her university’s LGBTQ student organization. As a bisexual student, her goal was to “establish visibility on campus and make sure people knew we were there,” she explains. The organization launched in the fall of 2018 and seeks to “allow a safe atmosphere for students, faculty, and staff of any sexual or gender identity to congregate and discuss sexuality and gender identity issues.”

The group has weekly meetings that attract up to 20 students. Last spring, the Pride Alliance held a drag show that was one of the year’s biggest on-campus events.

“We drew a crowd of almost 300,” recalls Aponte-Lee. “That showed me the potential of the club.”

Aponte-Lee graduates in the spring of 2020 and plans to get a job in theatre working with kids. She wants to improve arts programming for youth, and her dream is to open up a center offering comprehensive youth programming. 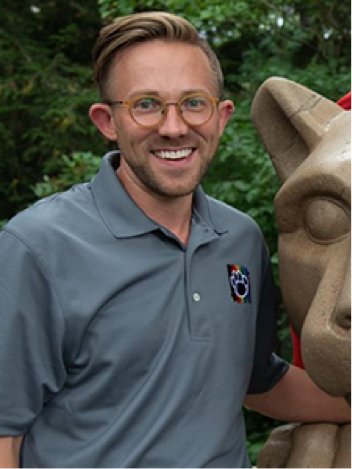 In the three years that Brian Patchcoski has been the director of Penn State’s Center for Sexual and Gender Diversity, he has been reassessing everything the center does. This includes prioritizing the students’ experiences and needs, and creating avenues of engagement for everyone in Penn State’s LGBTQ+ community.

Formerly the LGBTQ Center, the new name reflects the cultural shift in understanding around sexuality and gender. The organization provides a comprehensive range of education, information, and advocacy services to students, faculty, staff, and alumni. They’ve launched a support program for graduate and professional students, and have representative leaders on all 24 branch campuses. Transgender students are supported in a variety of ways, including the ability to access transition-related healthcare and a clothing closet on campus.

A brand new physical space is set to launch by the end of the year. It will be open 24/7 and staffed by an estimated 13 paid students.

“We have students who are still being disowned by their families and working five jobs to survive,” explains Patchcoski. “We can provide them with work and professional development.”

The campus leader lives in State College with his husband and toddler twins.

“We are one of the few gay dad families in the community,” he says. “Visibility is key and normalizing queer family structures is important.” 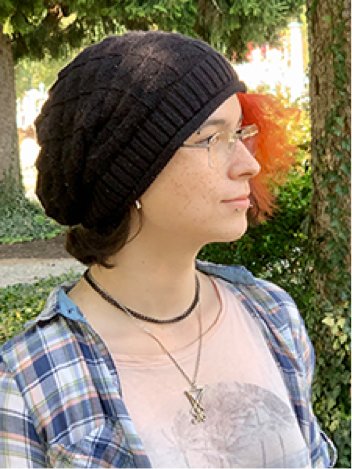 Ellie Cochran is interested in the intersection of technology and art — and she has her feet firmly planted in both realms. A graduate of the Pennsylvania College of Art and Design in Lancaster, Cochran is now an instructor there. In addition, she specializes in web design and has brought her talents to businesses and organizations all over the state with her own design firm, Sintelligent Design.

One of those places is the Lancaster LGBTQ+ Coalition. Cochran met the Coalition’s director, Karen Foley, when she sought support related to her gender transition. (Cochran identifies as a demi girl: someone who partially, but not wholly, identifies as a woman, girl or otherwise feminine.) Foley then hired Cochran to do graphic design for Lancaster Pride, and her involvement grew from there. She is now working with the Coalition to establish their brand identity, build their website, and assist with marketing.

Some of the future endeavors she is excited to support include a workshop to help transgender people change their legal documents to reflect their gender identity, establishing the community’s first temporary shelter for LGBTQ+ youth, supporting LGBTQ+ seniors, providing professional training for companies and organizations, and providing a space for a diverse array of support groups to meet. 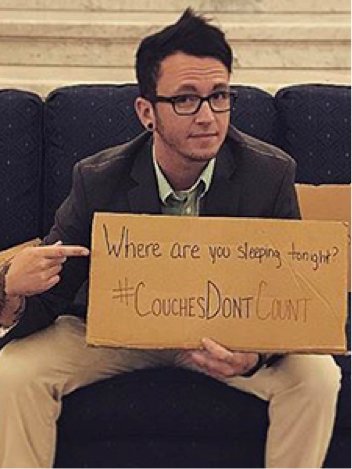 Erie’s Tyler Titus has made quite a name for himself over the last few years. By day he is a private practice therapist, trainer, and preeminent local “gender specialist,” focusing primarily on queer youth and their families. He is also the vice chair of the PA Commission on LGBTQ Affairs, working closely with Governor Tom Wolfe on the first ever state- and governor-sanctioned commission targeting issues that affect the LGBTQ+ community.

Titus was also elected to the Erie school board in November of 2017, becoming the first openly transgender person elected to public office in the state.

“It has been a whirlwind,” he says.

As a school board member and mental health practitioner, his primary focus is bringing a trauma-informed perspective to schools.

“I want all youth to be safe,” he explains. “I wasn’t safe in school and I can relate, and I will fight to make sure their voices can be heard.”

Because of the electoral milestone, Titus’ influence reaches far past his Erie district: He speaks at events across the country.

“I’m getting to be a voice and a presence for way more than just the kids in this district,” he says. “I am very humbled by it.”

As he sums up the goal of his mental health, education, and advocacy work, Titus shares a humbling statistic: Up to 50 percent of transgender and gender nonconforming youth will contemplate or attempt suicide.

“My goal is to eradicate gender expansive youth suicide,” he says. “These kids deserve to grow up.” 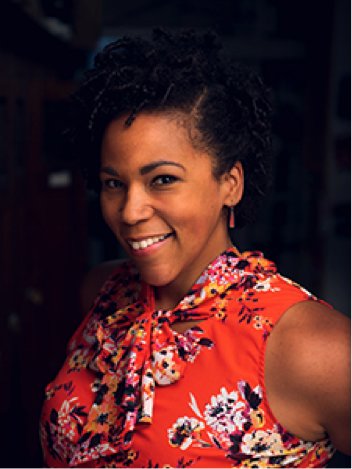 In 2018, Cassie Haynes co-founded Resolve Philadelphia with Jean Friedman-Rudovsky. The innovative non-profit develops and advances journalism that is rooted in equity, collaboration, and “the elevation of community voices and solutions.”

Their project Broke In Philly is the first and largest newsroom collaborative in the country. Twenty-five newsroom and academic partners have committed to five years of solutions-based reporting on economic hardship and mobility in Philadelphia. To date, the project has produced over 500 unique pieces of journalism. As part of the project, Resolve published a language guide for reporters to use when covering communities and individuals affected by economic immobility.

“Poverty is a state, not a trait,” explains Haynes. “As an organization, we recognize that there are a handful of narratives around economic hardship that are false and they serve to damage communities that have already been damaged by the news media. We include these communities in our intended audience because they’re often just written about.”

Since launching in December 2018 with just Haynes and Friedman-Rudovsky, the organization has hired five full-time staff members. Funded exclusively through philanthropic dollars, their budget of $750,000 will double in 2020. Transparent and strong in their commitment to fighting poverty, Resolve offers full health care benefits to all employees who work at least 25 hours per week. They also offer unlimited time off, 12 weeks of fully paid parental leave, and pay all interns and volunteers $15 per hour.

“We think critically about what it means to be an equitable employer,” says Haynes. “You don’t have to be a big giant company to think about these things.” 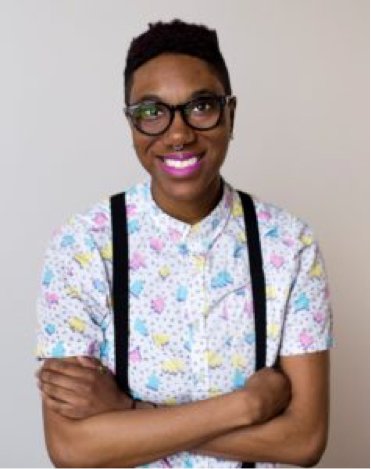 Gabe Taylor has their hands full. In addition to being the Youth Programs Coordinator at the LGBT Center of Central PA, they are also a drag performer, musician, artist, and zine maker.

At the Center, Taylor helps create spaces in which youth can experience community, receive education, and “have a say in what they’re doing.” Taylor is nonbinary and identifies as agender, meaning that they don’t identify with any particular gender.

“Essentially what that means to me is that I don’t belong in the gender binary,” they say. “It doesn’t fit for me.”

They are able to use their own personal experience with gender to support the youth at the center, facilitating a support group for transgender and nonbinary youth in addition to several other groups.

Taylor also works closely with local GSAs (gay straight alliances) to provide them with information and to organize an annual GSA summit. They are also heavily involved in Arts of PA, a program that sells the art of transgender and nonbinary community members in order to fundraise.

It is important to Taylor to give back to their community. As a local drag performer, they take part in a monthly drag show called Fruit Boots at JB Lovedrafts in Harrisburg. These shows raise funds that help transgender folks access trans-affirming resources.

“I like to make people laugh, smile, and raise money,” says Taylor.

“It is important to me that people have the tools to cope,” they add. “Anything you can do to feel better or more alive or safe is what I want to empower people to do.”

This is just a small sampling of the leaders making a difference in Pennsylvania, fostering acceptance and opportunities for members of the LGBTQ+ community and their allies.

For more information on Pennsylvania’s Commission on LGBTQ Affairs visit their website.

This story was created in partnership with Keystone Edge. 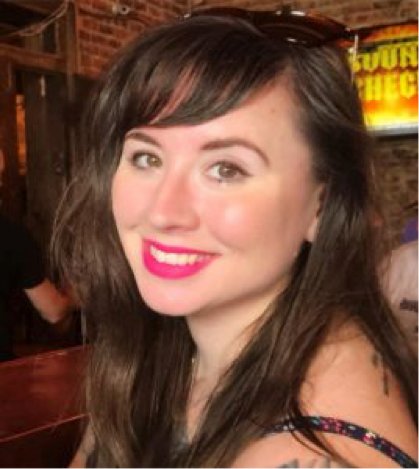 Your July-August 2020 Issue of The Central Voice

Perspectives
Pa.’s congressional Republicans get failing grades on HRC’s LGBTQ rights scorecard
The civil rights group Human Rights Campaign is out with its scorecard for the current session of Congress, and its findings may force some lawmakers back to the blackboard, Bart Simpson-style, where …