Such thing as a LGBT-FRIENDLY PLAN?

Is Medicare for All a solution?

We know that LGBT persons are, due to discrimination, more likely to encounter mental health issues such as substance abuse and suicidal thoughts, especially in the transgender community. ... our mission is to establish a single-payer healthcare system.”
Noah Levinson, executive director of Healthcare4AllPA.
HealthCare 4All PA: How would it work?

Some of the more basic points include:

•It covers all residents who file a Pennsylvania Income Tax Return

•It covers all of the following, but is not limited to:

•All medically necessary inpatient and outpatient care and treatment, both primary and secondary

•Emergency and other medically necessary transport to covered health services

•Long-term care for those unable to care for themselves independently, including assisted and skilled care

•It doesn’t exclude or limit coverage due to preexisting conditions

•It eliminates co-payments, deductibles, point-of-service charges or any other fees or charges for a service

•Healthcare should be guaranteed for all residents in Pennsylvania

•Healthcare should be publicly financed and not-for-profit

•Patients should have the power to choose their doctor

•Doctors should have the power to choose treatment for their patients.

“We can do better,” says Noah Levinson. He’s referring to the state and nation’s healthcare system. 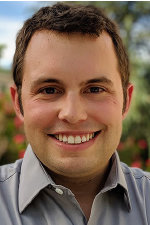 Levinson is the newly-appointed executive director of Healthcare4AllPA. He’s based in Scranton and works remotely across the state’s 67 counties, including Lancaster, York, Cumberland, and Dauphin counties.

The organization was founded 10 years ago and functions as a 501 c 3 for educational purposes and as a 501(c)4 for lobbying purposes. “We may develop a political action committee in the future,” Levinson tells The Central Voice.

Why healthcare in general? Why Medicare for everyone in particular?

“In general, many people we talk to are unhappy with their legislators,” Levinson says. “Their unhappiness is reflected in the low voter turnout in the state’s last primary election,” he claims. Turnout statewide was 13.8% of registered voters. For clarification purposes, voter turnout in Pennsylvania’s primary elections is not high to begin with and ranges from about 17 to 21% in recent election cycles, according to the United States Elections Project.

“We also find that people around the state are passionate about healthcare,” Levinson says.

Voter dissatisfaction reflected in lower than usual voter turnout is Levinson’s opening. Healthcare in the form of Medicare For All is his calling card.

“We want to harness the passion out there around healthcare,” Levinson says. “There are all kinds of bubbles out there, like the healthcare bubble, and our job is to connect people in the smaller areas within Pennsylvania.”

Eventually, the organization’s activities will lead to connecting people.

“Social media marketing is important but that's only one way to provide information. At some point it is necessary for any organization with a social justice mission to assemble people together face-to-face,” Levinson says.

In south central Pennsylvania, Levinson says, “We plan to hold events and discussions with speakers from across the state, bringing single-payer supporters out to get them more involved in educating their communities on how these programs can help their neighbors.”

Acton steps are also part of Levinson’s plan. “We will inform people about action steps they can take to see legislation pass.”

Regarding the LGBT community, “We know that LGBT persons are, due to discrimination, more likely to encounter mental health issues such as substance abuse and suicidal thoughts, especially in the transgender community,” Levinson says. Research by the federal government’s Substance Abuse and Mental Health Administration in 2015 indicated that LGBT individuals (referred to as sexual minorities in the data) are at greater risk for substance use and mental health issues compared with the sexual majority population that identifies as being heterosexual.

“Both inpatient and outpatient mental health is completely covered,” Levinson notes. “We also look at HIV prevention medications costing thousands of dollars a month, which will be covered. When we say everybody in, nobody out, we absolutely mean it.”

Regarding Medicare4All, Levinson acknowledges there’s more than one way to achieve health care coverage for everyone.

“There could be a public option and that would help. But our mission is to establish a single-payer healthcare system,” Levinson says. Different states have tried different experiments but Levinson says, “We can do better.”

Levinson’s plan of action for Pennsylvania is to re-introduce The Pennsylvania HealthCare Plan, originally introduced in the 2017-2018 legislative session as House Bill 1688 and Senate Bill 1014 by Rep. Pam De Lissio and Sen. Art Haywood.

In general, Levinson’s Pennsylvania plan represents what a team of economists from the University of Massachusetts Political Economy Research Institute (PERI) reports finding the Medicare for All Act of 2017, introduced to the United States Senate by Senator Bernie Sanders – that such a plan is not only economically viable, but could actually reduce health consumption expenditures by about 9.6% while also providing decent health care coverage for all Americans.

As proposed, Levinson says “Our bill aims to provide statewide comprehensive health care coverage.” Similar measures have been introduced into every legislation session since 2007.

“This new law’s going to help more than 400,000 people who struggle to afford good health insurance for themselves and their families. The work to get this finished was a fantastic example of bipartisan action to do something good for people who can use it,” Dermody said at the time.

Consumers who now purchase individual or family health insurance on the federal health exchange set up by the Affordable Care Act will be able to buy the same product from an exchange based in Pennsylvania. The state Insurance Department will be able to manage the marketplace more efficiently than the federal exchange, with the savings invested into an innovative reinsurance program for high-risk patients.

“This is going to result in lower health insurance premiums for thousands of state residents,” Dermody said.

Levinson’s reaction to the new law?

“It's more of an optimization than a solution,” Levinson says.

“It saves the state money by hosting its own exchange, and reinsurance may help reduce some costs, but it does by no means guarantee a reduction in healthcare costs for all Pennsylvanians. We're still subsidizing a corrupt and broken health insurance system entirely driven by profit and denial of care,” he says.

Levinson hopes for bipartisan cooperation “when it comes to solving our healthcare crisis with the real systemic change this country needs: single-payer healthcare and Medicare For All.”