Samatha Allen reports for The Daily Beast that Rep. Jared Polis has become the first openly gay man elected governor in U.S. history. He said, ‘Tonight, we reaffirm what makes Colorado the …

Samatha Allen reports for The Daily Beast that Rep. Jared Polis has become the first openly gay man elected governor in U.S. history. He said, ‘Tonight, we reaffirm what makes Colorado the amazing state that it is.’

Colorado Democrat Jared Polis will be the first openly gay man elected governor in United States history and only the second out LGBTperson to win a gubernatorial election.

The Associated Press called Polis’ victory over Republican opponent Walker Stapleton, who is currently serving as the state’s treasurer.

For LGBT advocates, this is a milestone that has been years in the making.

“Generations of LGBTQ advocates have dreamed of the moment when voters would overcome tired stereotypes and elect an openly gay man who stands proudly with his partner and family and this is that moment,” Victory Fund president and former Houston Mayor Annise Parker said in a statement.

Polis is an entrepreneur and current U.S. House representative for Colorado’s second district, where he has been serving since 2009. 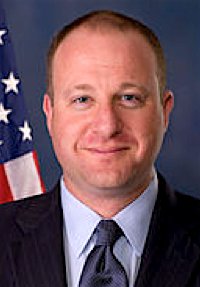 He and his same-sex partner Marlon Reis have had two children while Polis was in political office, making him the first openly LGBT parent in Congress, as ABC News reported in 2011.

The Polis campaign did not immediately respond to The Daily Beast’s request for comment on the victory. But via Twitter, Polis said, “Tonight, we reaffirm what makes Colorado the amazing state that it is. Here, we dream, we dare, and we do. We embrace big ideas and we work sun-up to sundown to make them realities. We see the highest mountains and we climb them. We face the tough decisions and we solve them.”

LGBT political representation at the gubernatorial level has been sparse so far.

Oregon Democrat Kate Brown, who is openly bisexual, took office in 2015 after her predecessor resigned while facing corruption allegations. Brown won a 2016 special election, making her not only the first openly bisexual person elected governor but also the first out LGBT person to win at that level nationwide. (Brown was also up for re-election Tuesday night and her race had not yet been called at the time Polis was projected to win.)

The only other openly gay man to serve as governor, however briefly, was former New Jersey governor Jim McGreevey, who came out as “a gay American” in an August 2004 press conference after former aide Golan Cipel prepared a sexual harassment lawsuit.

McGreevey resigned in that very press conference—but he did not officially leave office until September of that year.

“Jared shattered a lavender ceiling in Colorado, but its effect will extend well-beyond the state’s borders”

Victory Fund, a nonpartisan advocacy group that works to elect LGBT candidates, believes that Polis’ groundbreaking win will have a nationwide impact.

“Jared shattered a lavender ceiling in Colorado, but its effect will extend well-beyond the state’s borders,” Parker said in a statement, noting that just 25 years ago Colorado was dubbed a “hate state” by boycotters of an anti-LGBT amendment.

“Colorado has undergone a transformation that parallels the changing attitudes in the country at large,” she noted.

But it remains to be seen whether those changing attitudes leads to more LGBT governors.

Besides Polis and Brown, two other openly LGBT people ran for governor this cycle.

One of Polis’ major LGBT accomplishments was sponsoring the Student Non-Discrimination Act, a proposed piece of federal legislation that would ban anti-LGBT discrimination in public schools.

Polis introduced the bill in 2011 and although it has not yet passed, Polis continued to make education a cornerstone of his career and political campaigning. He re-introduced the SNDA again as recently as this March.

“For nearly a decade in Congress, Jared Polis fought to advance fairness and equality in Colorado and across America,” said Griffin. “He is a proven leader who will take his commitment to securing full equality to the governor’s mansion and fight to make Colorado a stronger and more inclusive state.”

Will PA Health Sect. Dr. Rachel Levine be the next US Surgeon General?