Are we just too hard to please?

I find it noteworthy that as a community immersed in calling for greater understanding of 'diversity,' we shred each other over the diverse expressions of sexuality and its presentation in our own ranks. Is it Oppression Olympics at its best? Seems to me as analyzed here, the message is 'If you’re pain hasn’t been my pain, you’re not for me.'

How does that square with white, rich, privileged President Franklin Roosevelt constructing what historians call The New Deal?, programs like Social Security, jobs, access to food, housing, public parks? The programs under his social contract came to the aid of millions of people so unlike him. His pain was not their pain and vice versa. Yet comfort came nonetheless. Or are we stuck in a cycle of 'If you’re not like me, then you can’t help me?' When we react to one another that way, I think that’s when all the people benefiting from injustice – bloated criminal justice systems and private prisons, for-profit health care, climate change, no national queer civil rights legislation, fill in your own thought - and the unjust structures that oppress us laugh out loud. They’ve once again fooled us into believing we are each other’s enemies. We’re not. Their party continues while we give each other black eyes.

President Franklin Roosevelt, or FDR, was 32nd president of the United States from 1933 until his death in 1945.

Buttigieg was talking to Clay Cane on The Clay Cane Show on the SiriusXM Urban View channel.

Cane, who is gay, asked: “I’m sure you’ve heard this before in LGBT circles that more masculine-presenting men have more access. How different would it be if you were quote-unquote, ‘more effeminate?’” 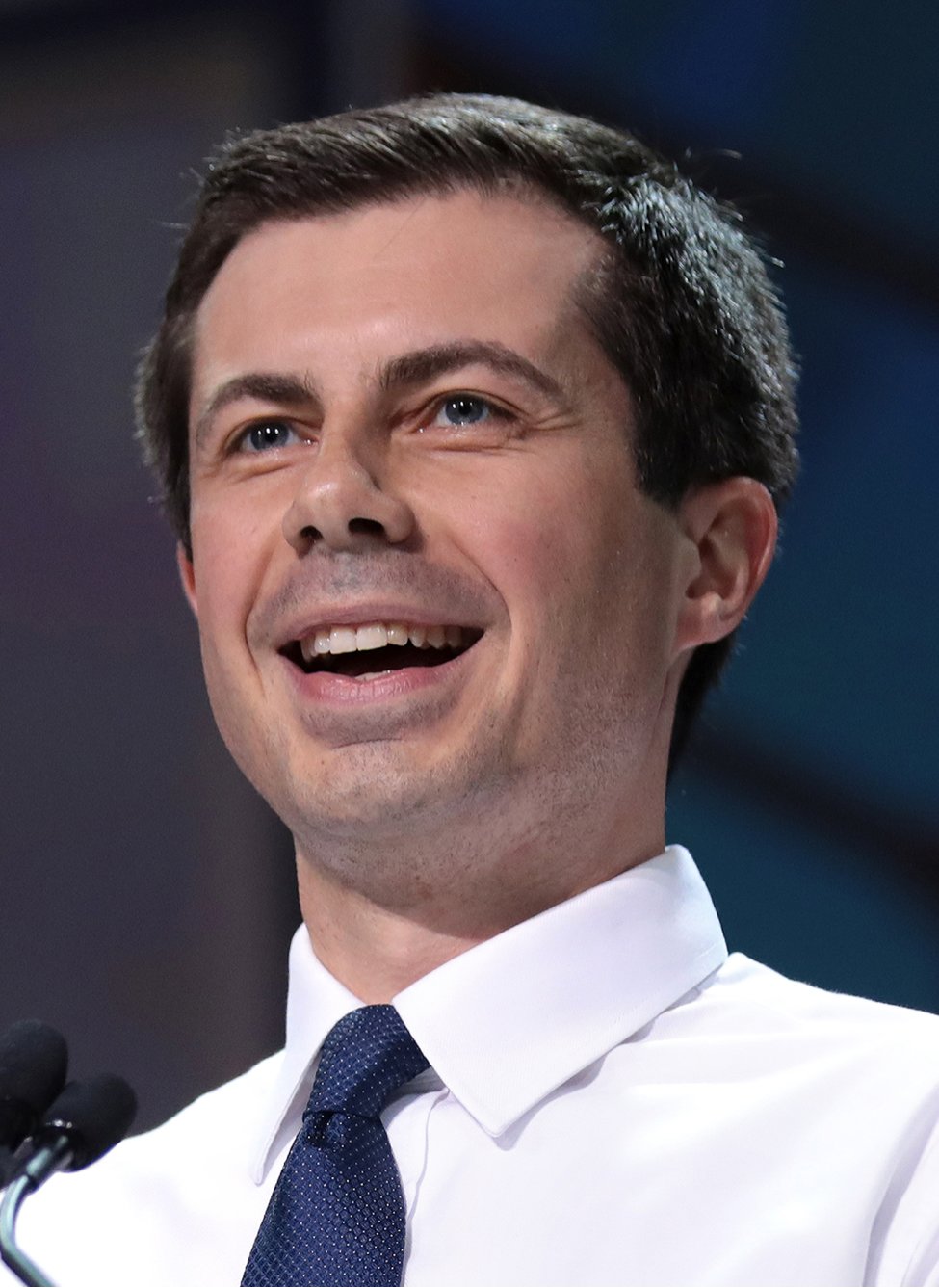 Buttigieg sounded peeved: “It’s tough for me to know. I just am what I am, and, you know, there’s going to be a lot of that. That’s why I — I can’t even read the LGBT media anymore, because it’s all, ‘He’s too gay, not gay enough, wrong kind of gay'.”

“All I know is that life became a lot easier when I just started allowing myself to be myself and I’ll let other people write up whether I’m ‘too this’ or ‘too that.’”

That… is a striking statement, to say the least. The pattern of the past year has generally been straight media hiring LGBTQ writers to criticize Buttigieg’s gender expression and question if he has enough connections to LGBTQ people – issues they never raise with straight candidates. Straight media has also asked if Buttigieg has even faced any oppression due to homophobia, which is a staggeringly ignorant question.

LGBTQ media, though, has repeatedly called out these columns that appear in straight media.

For example, Slate ran a piece in March by Christina Cauterucci that argued that Buttigieg’s sexuality “can remain unspoken and unnoticed for as long as” he wants it to and “would register on only the most finely tuned gaydar.”

Even though he’s married to a man. A man with a large Twitter following. If people can’t figure out that Mayor Pete is gay, that’s on them.

But he was the wrong kind of gay for Slate.

In April, straight publication The Outline published an even more offensive column by gay writer Jacob Bacharach with the title “Why Pete Buttigieg is bad for gays.”

In other words, The Outline – a straight publication – ran a column that accused Buttigieg of being “the wrong kind of gay.”

LGBTQ Nation responded to both columns with a piece entitled, “Why Pete Buttigieg is good for gays.”

But the attacks haven’t stopped. The New Republic, another straight publication, ran an extremely homophobic piece more recently about Buttigieg’s sexuality by gay writer Dale Peck. The column went so far as to ask how Buttigieg uses his “ass” and “dick” during sex – a level of disrespect that straight politicians aren’t subjected to by mainstream, liberal publications – and to call him “Mary Pete.”

LGBTQ Nation reported on this column with: “The New Republic published a disgusting op-ed about Pete Buttigieg.”

And it’s not just this part of LGBTQ media. The Washington Blade pushed back against the “not gay enough” narrative with a column entitled, quite simply, “Pete Buttigieg is gay enough.” The Advocate ran an unsigned column under the headline “Every Gay Person, Including Pete Buttigieg, Faces Obstacles.”

Straight media is still largely homophobic, and even liberal publications like The New Republic don’t have great instincts when it comes to LGBTQ issues. LGBTQ media – which knows better than to unironically declare that Pete and Chasten are heterosexual because they don’t have sex in public (thank you for that one, LA Review of Books!) – has been stepping up to respond to these claims.

None of this negates the validity of Cane’s original question, which Buttigieg doesn’t really answer: is the mayor’s gender expression a source of privilege? If we compare two similarly situated gay men – one who people would see as feminine and the other as masculine – would one face less discrimination?

Well, probably. That’s not a criticism of Buttigieg’s gender expression. That’s not telling Mayor Pete that he’s “the wrong kind of gay,” just as asking a straight politician about discrimination against gay people isn’t telling them that they’re a bad person.

That’s just a criticism of a society that punishes visible queerness, nonconformity, and femininity.

All of which would have taken a couple seconds for Buttigieg to explain, if he read LGBTQ media more often to educate himself about the diversity among LGBTQ people.

LGBTQ Nation reached out to Buttigieg’s campaign for comment. The campaign did not answer by the time of publication.

We Must do MORE Tour is coming

Students take their message to Toomey